Gateway to the Glen...

Things to do in Fort William

Fort William is the Outdoor Capital of the UK; home to the country’s highest mountain, the deepest sea loch and the world’s largest ice climbing wall; with a year-round programme of major outdoor events and a large and varied menu of activities.  You can try canoeing, diving, sailing, climbing, hiking, ridge walking, canyoning, ice climbing, road cycling, mountain biking, skiing and more.

Close by you can explore Glen and Ben Nevis, Ben Nevis Distillery, West Highland Museum, ruins of Inverlochy Castle and see the seals on the Seal Island Cruises. The local walks are amazing but too long to list here!

Visit Nevis Range either by car or bus, and take the cable car up the mountain to capture the panoramic views or hire a mountain bike on the world class downhill track or cross country trails.   In winter, it is a  magnet for skiers and snowboarders.

Take a trip on The Jacobite Steam Railway  (or Hogwarts Express) described as one of the great railway journeys of the world, a round trip of 84 miles between Fort William and Mallaig.

The hills and glens of this spectacular area have often been seen on the big screen.  The first two Harry Potter films were filmed in Glen Nevis, along with Braveheart, Rob Roy and Highlander 3. Hogwarts School on Ben Nevis and the Jacobite Steam Train , often called the Hogwarts Express now, with filming over the Glenfinnan Viaduct. Another H.P. Prisoner of Azkaban was filmed opposite the Clachaig Inn in Glencoe.

Other films were Kidnapped, Monty Python and the Holy Grail, Local Hero, Highlander 1 & 3, Monarch of the Glen, and the most recent  James Bond film – Skyfall had Daniel Craig and Judi Dench in the atmospheric scenes in Glen Etive.

The Road to the Isles

This is a journey through remarkable scenery and history. Head west on the Mallaig road past the Treasures of the Earth exhibition, crossing the Caledonian Canal at Neptune’s Staircase, the impressive ladder of 8 locks rising over 70 feet.

At the north end of Loch Shiel, the Glenfinnan Monument towers high as a memorial to the Jacobite Rising of 1745. If you time is nicely you’ll see the Steam Train pass on the impressive Glenfinnan Viaduct then you could cruise on nearby Loch Shiel. Enjoy a round of golf at the seaside Traigh Golf Course before the beautiful Silver Sands of Morar, and the shortest river in Britain – River Morar, near Loch Morar – Scotland’s deepest freshwater loch and look out for Morag, Nessie’s cousin. To Loch Nevis –  the deepest seawater loch in Europe, then to Mallaig where there are magnificent coastal views to the Small Isles of Rum, Eigg and Canna.

The Great Glen carves through the mountains from Fort William to Inverness. The Caledonian Canal links four of the largest lochs –Ness, Oich, Lochy and Dochfour to create a 100km long canal running from Fort William to Inverness linking the North Sea and Atlantic Ocean and was built and designed by Thomas Telford.  The canal is used for all types of boats, canoes.  Along the towpaths and wooded valley sides, the 120km Great Glen Way attracts over 10,000 walkers. This easy 6 day walk can be done in shorter day sections which you  can take the car to using the Guest House as an ideal base.  There are castles, wildlife, golf courses, distilleries and a shy Loch Ness Monster along the way. North of Spean Bridge, the iconic Commando Memorial provides historical insights against the dramatic backdrop of Nevis Range and Ben Nevis. The incredible geological ‘parallel roads’ can be seen at Glen Roy.

Glencoe is one of the most poignant names in Highland folklore, remembered for the massacre of 1692.  The area boasts some of the most dramatic mountain scenery in Europe.  Visit the Glencoe Visitor Centre which explores this magnificent playground.  Walk up the ‘Lost Valley’ beside the famous 3 Sisters mountains which faces Aonach Eagach ridge, one of the most famous hill walking challenges in Scotland.  Drive down Glen Etive where the latest James Bond ‘Skyfall’ was filmed before driving through remote Rannoch Moor.  Loch Leven is a lovely drive down the low north road to Kinlochleven, famous for its Aluminium Factory which is now the Ice Factor – a huge indoor climbing centre with the biggest indoor ice climbing facility in the world.  Some stunning walks enjoying mountain and loch views here before returning via the south road which runs high along the mountains back to the A82 to Ballachulish, famous for its Slate quarrying history, but stopping at ‘Crafts & Things’ for the best chocolate cake in the area.

Why not use Fort William as a central base for exploring the rest of the Highlands.  The following trips are great options either by car or by bus:

A number of photographs on this and other pages are shown courtesy of Nevispix, Fort William. 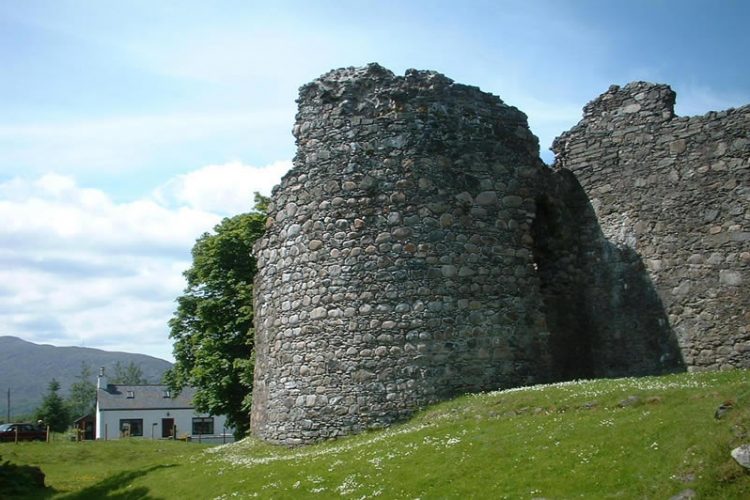 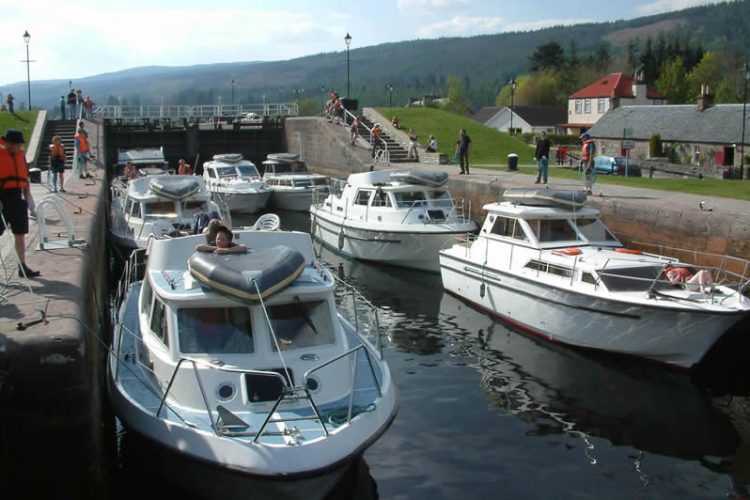 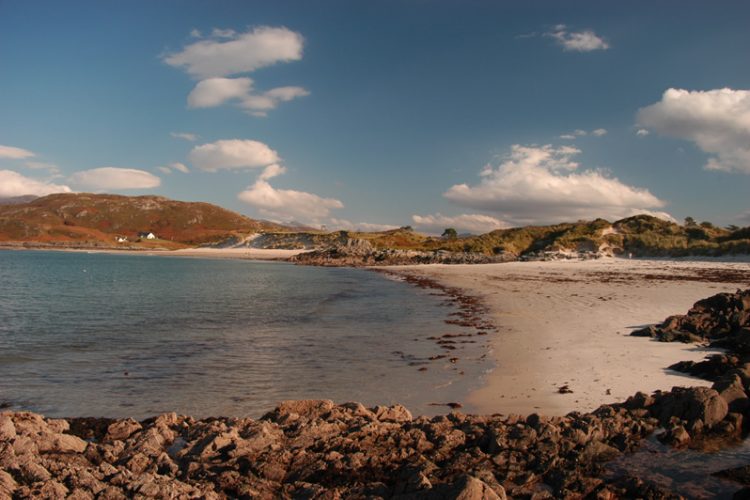 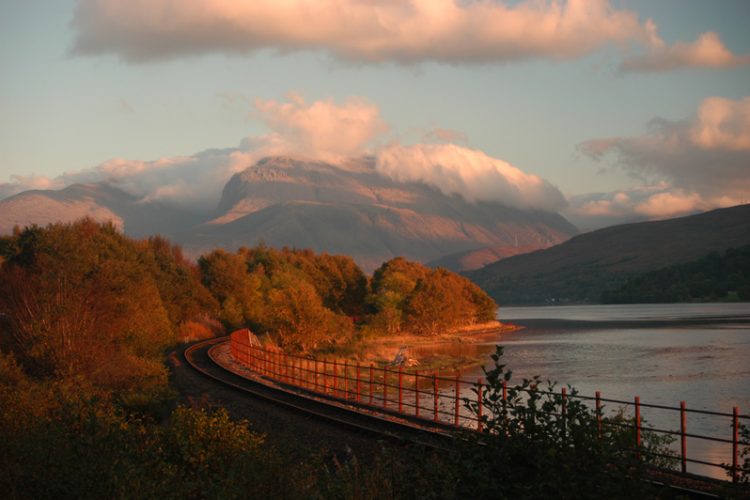 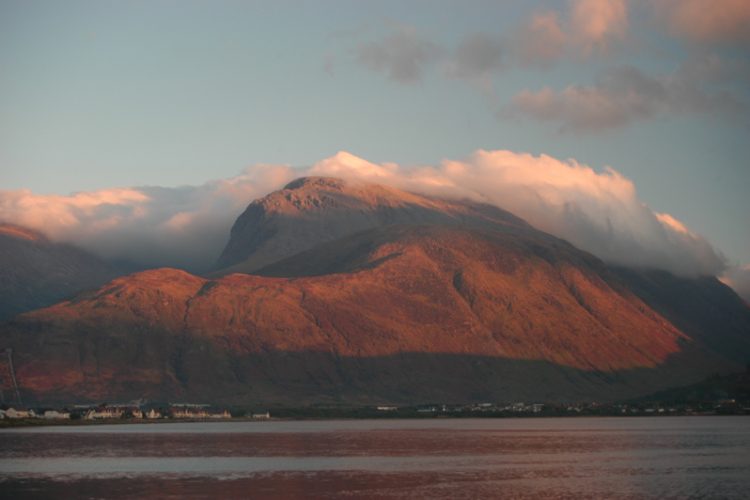 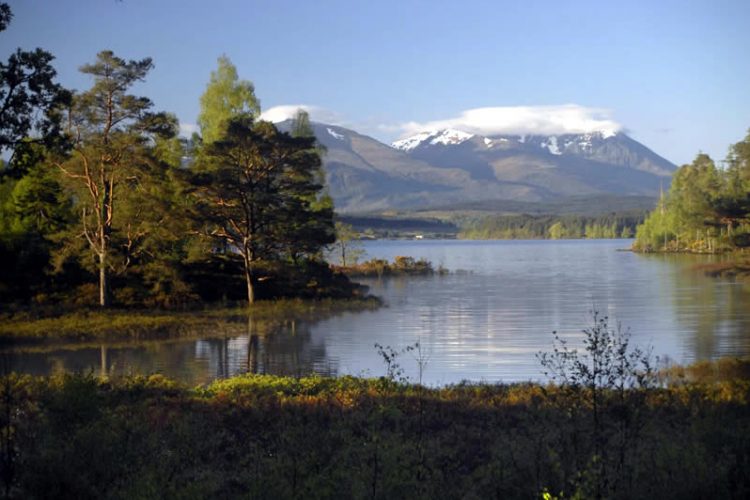 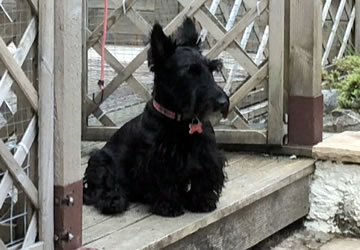 Domino our resident Scottie dog
loves to greet human beings...
But unfortunately not other dogs, so we
regret but we cannot accept guests’ pets!